This blog post marks the landing of the initial implementation of theme syncing between SDDM and Plasma, which you may already have read about in Nate’s post.

Those of you running master can test the feature out by going to the Advanced tab in the Login Screen (SDDM) config module. 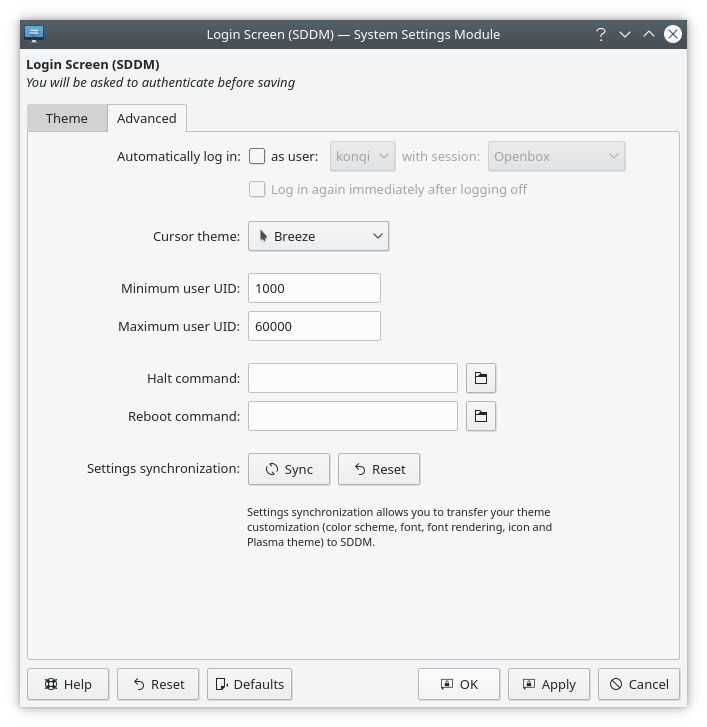 As the explanation says, what’s currently supported is syncing of fonts, font rendering, icon and Plasma theme. An obstacle that’s proven difficult to overcome and which is something to keep in mind (for now) when using the feature is that theme files need to be globally installed if they are to be used in SDDM. Another thing to note is that in order to use a different font,  the user (for now) needs to have a proper configuration in $XDG_CONFIG_HOME/fontconfig/conf.d/NN-name.conf.

The other patch that landed removed the cursor theme option, along with all the underlying code that supported it. Instead of keeping such a niche option, the config module will now (as part of the syncing process) simply copy the cursor theme value from a Plasma config file to SDDM’s config file.

Aside from fine tuning and the alike — which I still plan to do — this exhausts the work that could be done within Plasma and shifts the focus onto SDDM, where support for syncing input behavior, scaling, and support for easier syncing of fonts needs to be implemented.

2 thoughts on “[GSoC – 4] Achieving consistency between SDDM and Plasma”